Australia’s Jim Parret has lauded the potential for the International Masters Games Association (IMGA) World Masters Games to bring people together and offer athletes the chance to meet new people from around the world.

Parret was diagnosed with prostate cancer in 2010, and was rushed to hospital on three occasions in 2012 when his heart stopped.

However, he followed through with a commitment to participate at the eighth edition of the IMGA World Masters Games in Turin in 2013, which has been credited with transforming his life.

“When you get older you tend to stop. I was running my own business, not playing any sport, then this happened, and I decided to get back in sport and live a life.

“Together with my wife, we take a holiday, and we go to the Masters Games which is a great way of meeting new people.

“Before my heart stopped, I already agreed to participate with two mates at the Torino World Masters Games in 2013.

“I still went because I wanted to play.

“The specialist said I survived because I was fit for my age, and I was very strong.

“So, I kept going with that mantra and played 35+ soccer where we were living as there was no rugby to stay fit before the Games.

“I came to Torino in 2013 and I played every minute of every day, and my wife reckoned it changed my life as I learned to live again instead of worrying about something going wrong again.” 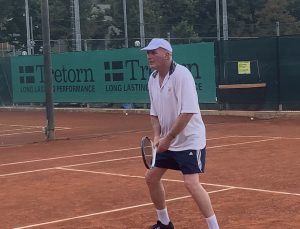 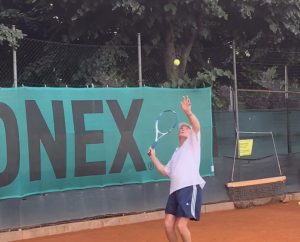 Parret required radiation treatment when his cancer came back in 2015, but he said that made him more determined to use the Games as an opportunity to experience life to the full.

“It made us so determined to enjoy our life, so we went to the Auckland World Masters Games in 2017,” he commented.

“While we were there, we met a lovely couple from Torino, and they asked us to come to the [2019] European Masters Games in Torino.”

He cites the “community spirit” as one of the standout features of the IMGA World Masters Games.

“The competitive spirit is still there but the camaraderie is what drives the event.”

Parret urged other individuals keen to practise sport to take part at future editions of the Masters Games.

“Since I started this IMGA Masters Games journey it has been one of the most marvellous experiences of my life besides getting married and having children,” he said.

“Whenever you play here it is always about fun, and nobody is overly serious.”

The World Masters Games is a 10-day multi-sport event. The minimum age for competitors varies between sports, with the lowest being 25. Sports competitions are organised in age brackets of between five and 10 years.

This year’s World Masters Games was due to be held from May 13 to 29 in Kansai, but it has been postponed for a second time due to COVID-19 restrictions on travel to Japan.

Auckland in New Zealand held the last event in 2017 with 28,578 athletes from 100 countries competing across 28 sports.