“Himeji castle” was registered as the first UNESCO World Heritage Sites in Japan.

About 1.5 million people visit Himeji castle every year. I think about one in ten people in Japan may be able to respond that the castle in this picture is Himeji castle. At an annual event “Himeji castle Marathon”, you cross “Sakuramon bashi” bridge, and then run towards “Sannomaru hiroba” square within the castle walls. After running over 40 km, which is the toughest part of a marathon, you run towards the castle squeezing out last bit of your strength. 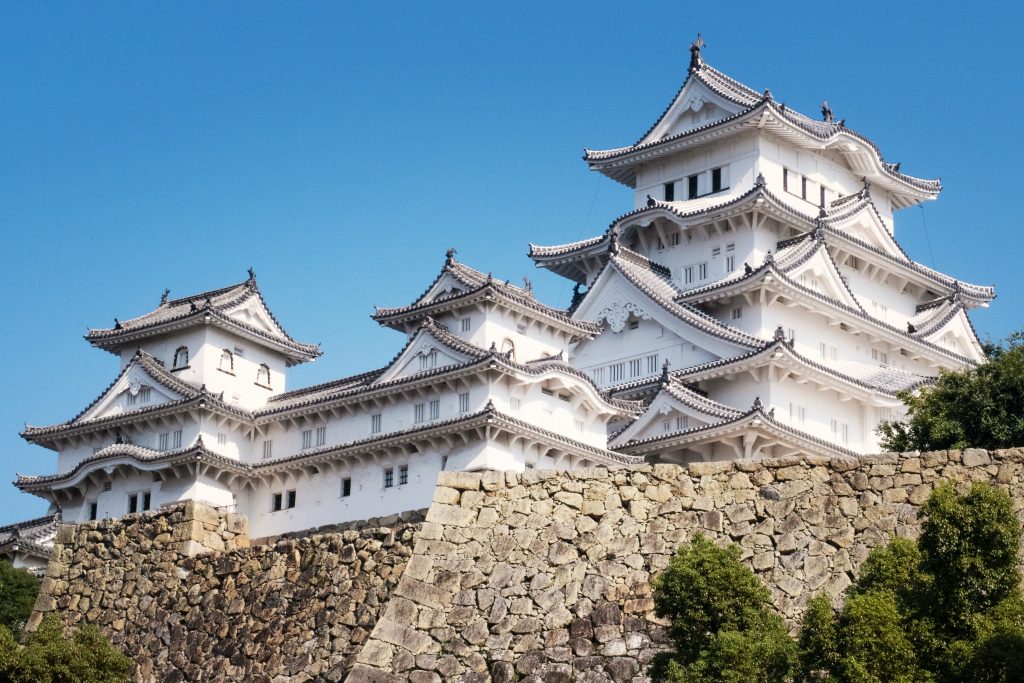 A popular spot for taking pictures is “Shiromidai kouen” park. You can see the castle over statues of “Shachihoko”, an imaginary creature with the head of a tiger and the body of a carp. Actually, these statues of “Shachihoko” are displayed at several places around Himeji station. It’ll be fun to look for them when you go jogging.

Inside the castle walls, you can run leisurely facing the castle. When cherry blossom is in full bloom in spring, the white castle, also known as “White Egret Castle”, is surrounded with gentle colour of the petals.

I checked the west side of the castle on the map and found a mountain called “Otokoyama”, then I decided to head to “Himeji City Museum of Literature” nearby. It’s about 1 km from the castle. The building of the museum is designed by Mr. Tadao ANDO and you can learn the history of Himeji there. Next to the museum, there is “Otokoyama Hachimangu” known as a tutelary shrine of the castle and “Senhime Tenmangu” which Lady Sen (mentioned under the part, “Point G of the map”) worshipped.

I passed the museum and the summit of “Otokoyama” mountain was nearly there, then I came across this stone steps.
I completely forgot but this is the year I was going to try a full marathon, and I saw this almost vertical steps going up to the sky. Each step is about 20 cm high and there are198 of them. I motivated myself to see the castle from the east side. I changed this year’s plan (to run a 42.195 km full marathon) to go up 198 steps to the summit! 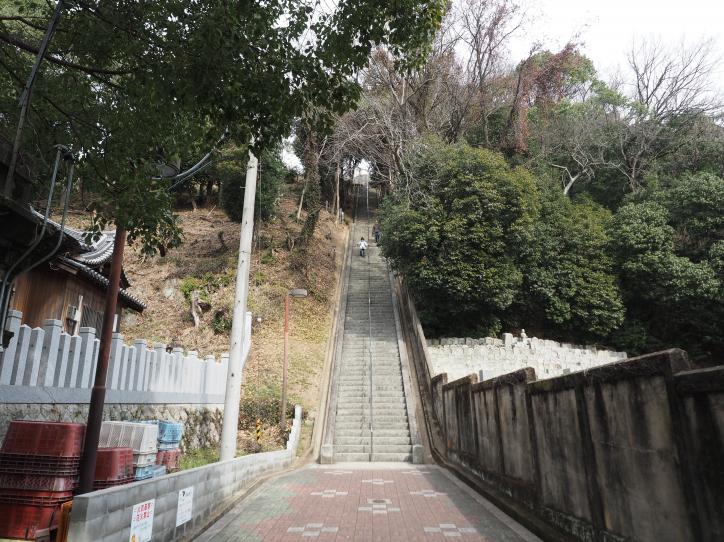 I suppose it was the first time in five years that I worked this hard in a moment. The alternative plan was tough enough.

Himeji castle is famous for its brilliant white exterior and known as “White Egret Castle”, but this time I learnt that different people have different ways of enjoying themselves here. I haven’t planned what to try when I turn 44, yet, but thanks to SPORTS LOCALLY web magazine, I think I can keep this strong will for a year, until I turn 40. 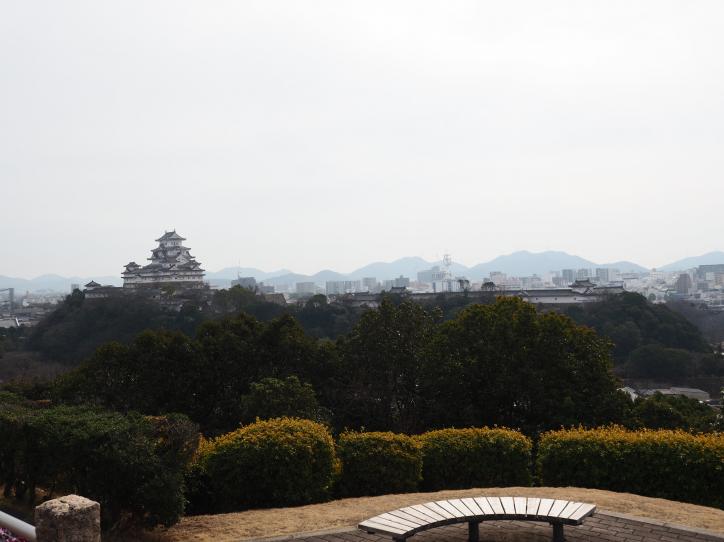 There are 20 bike rental spots around Himeji castle, where you can rent a bicycle for 100 yen per hour. If you return the bike (to any of the bike rental spots) within an hour, it won’t cost you any extra fee no matter how many times you rent it on the same day. 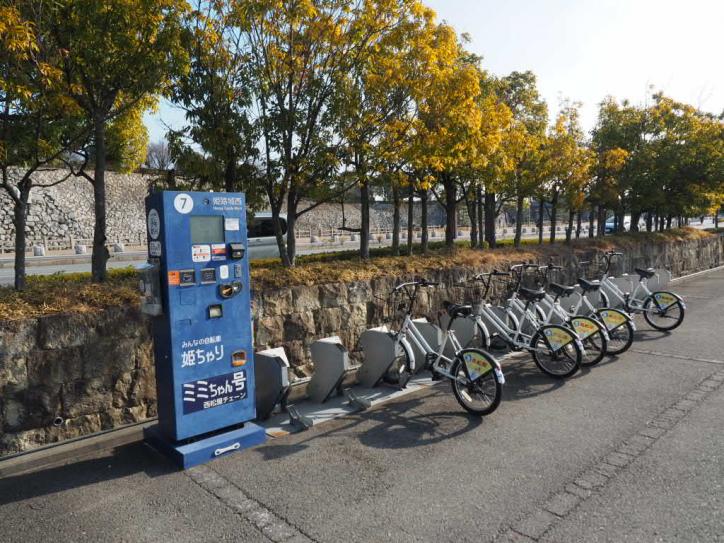 There is a bike rental spot in front of “Hyogo Prefecture Budoukan”, where the World Masters Games’ Taekwondo competition will be held. As an example, if you rent a bicycle near Himeji station and return it to a bike rental spot by “Hyogo Prefecture Budoukan” within 60 minutes, it costs you 100 yen. Then, if you rent a bicycle there after the competition (on the same day) and return it to the bike rental spot near the castle within 60 minutes, it’s 0 yen! Very economical and healthy way to go sightseeing in Himeji.