The 83-year-old was one of 80 finalists selected over eight categories from an initial 11,500 nominations.

The eight winners were then chosen by an expert panel and almost 8000 public votes.

A health scare was the reason Trevenen began Dragon Boat Racing and it has turned out to be a perfect match.

Trevenen has participated in the last three Masters Games for the Albany Cruisers, helping them pick up gold in 2015 and 2017. 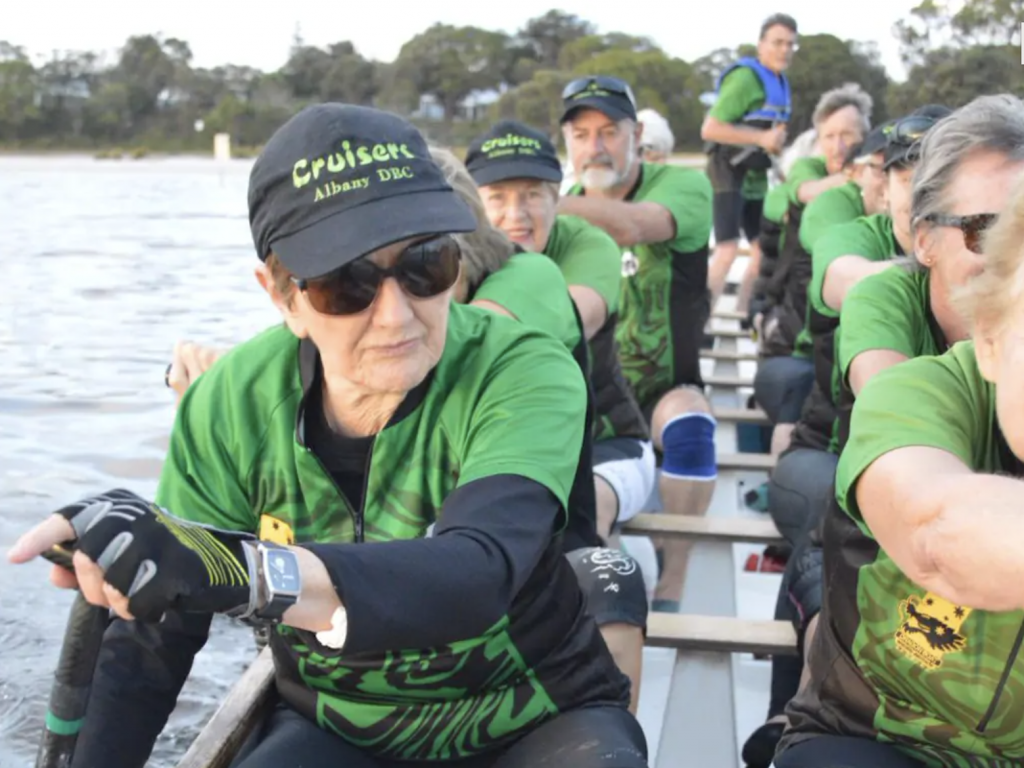 “A great big thank you to Dragon Boating WA members who voted for me in the Sportscover Clubbies Award,” she said.

“I am delighted to win.

“I am also delighted for my club, the Cruisers from Albany.

“The focus on our much-loved sport of dragon boating is also a terrific advertisement.

“This win is a little ray of sunshine in the middle of a testing time.

“We are strong and resilient and as soon as we get the word we’ll be out there on the water doing what we love.” 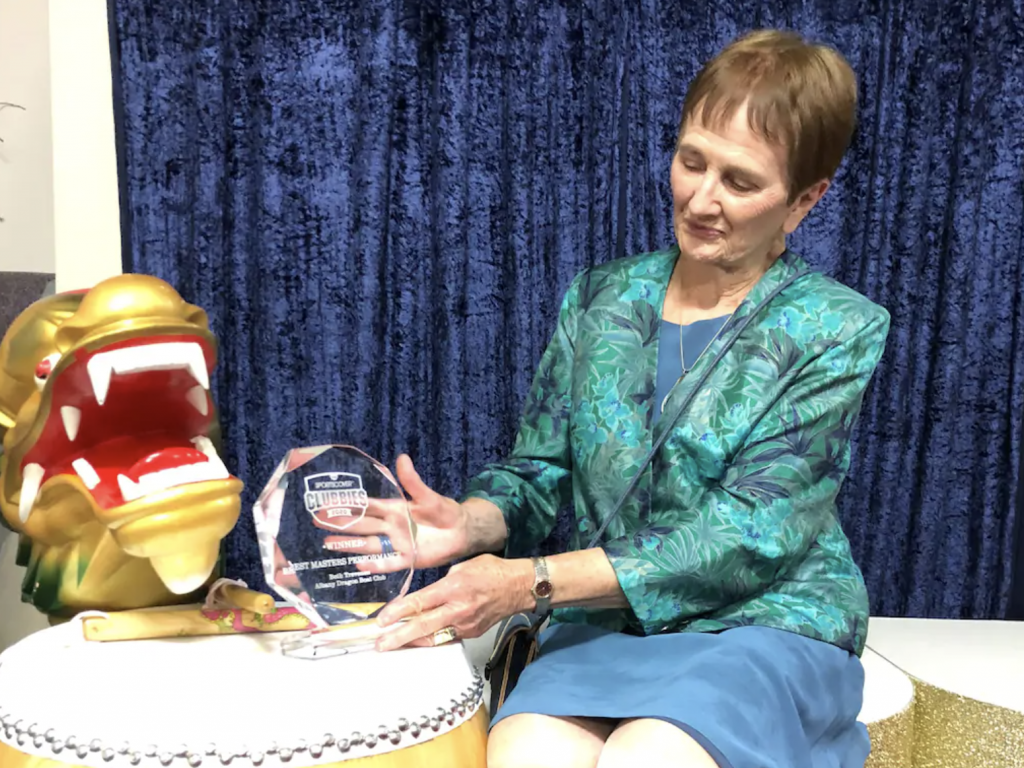 While she may dislike the chill of early mornings this veteran dragon boater has weathered 6am training sessions for five successive winters.

The club recently celebrated its 10th anniversary and as a founding member, Trevenen has participated in many competitions and events during this time, watching a host of individual members take part in State and national competitions.

Three ADBC members Kim Masden, Karen Sigley and Colin Gough were recently selected in the State team but have been unable to compete at nationals because of COVID-19.

The Clubbies Awards luncheon at Parliament House in Sydney was also cancelled due to the current health crisis.

The Cruisers received $1500 as part of Trevenen’s award and this will be used to buy more equipment.

Trevenen’s positive attitude and tenacity were the reasons her team nominated her for the award.

Article and images first published in The West Australian on 1 May 2020.

To find out more about our upcoming events click here.