As the sun rises over Donner Summit on a cold winter day, a small group of women lay prone on the hard-packed snow, sights set downrange at a group of targets.

The pop of a .22-caliber rifle breaks the morning silence, and a second later the voice of one of the team’s coaches barks out instructions.

“Two clicks to the right and you’re good,” he says to one of the women, who then climbs from the snow and takes off down the trail on cross-country skis.

By the time the sun has come up, the women of the Auburn Ski Club biathlon program have their rifles zeroed and are ready for the day’s practice. The group, known as the Biathamoms, has existed for several years now, encompassing a group of local women who start their days by skiing cross-country and shooting rifles.

“We ski, we shoot, we raise kids,” said Kim Harris, who has been a part of the group for the past several seasons. 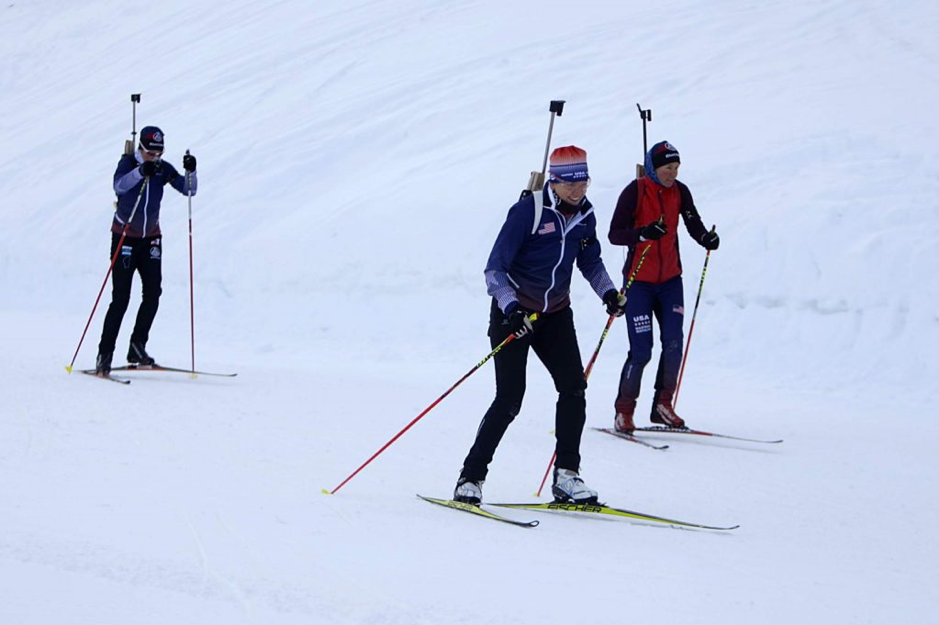 Most of the Biathamoms at Auburn Ski Club got their start in Nordic skiing, and then later switched to biathlon at the suggestion of a friend or because they had a child who wanted to try it out.

“I was like, ‘I used to do this. I should try it again,’” said Buff Wendt, who got back into the sport when she signed her child up for a race.

While family members and others eventually drifted away from the sport, the Biathamoms kept coming back to the range morning after morning for training sessions, balancing careers and home life to be part of the small community at Auburn Ski Club.

Competing for Auburn Ski Club’s biathlon team means dedicating many hours each week to the program, including waking up at dawn, braving the conditions on Donner Summit, and working tirelessly to hone skiing and shooting skills.

“Every day I finish practice, I always go away from here with the biggest smile on my face,” said Harris. “It’s great exercise, good focus, great friends, and it’s just fun.”

The first Winter World Masters Games, held in Bled in 2010…

It’s that bond which has been forged by early morning adversity that has kept the women coming back to the ski club.

Currently there are less than 10 Biathamoms that regularly practice at Auburn Ski Club, and of those, five, including Jen Lang-Ree and Lorene Samoska, will be making a trip to Europe this month to compete in the Winter World Masters Games in Innsbruck, Austria.

The team has been training for the games since summer, putting in hours of roadwork, time on roller skis, and practice at the range. Early snowfall this season allowed the women to get on skis in late November, giving the group plenty of training time on the snow ahead of this month’s games. 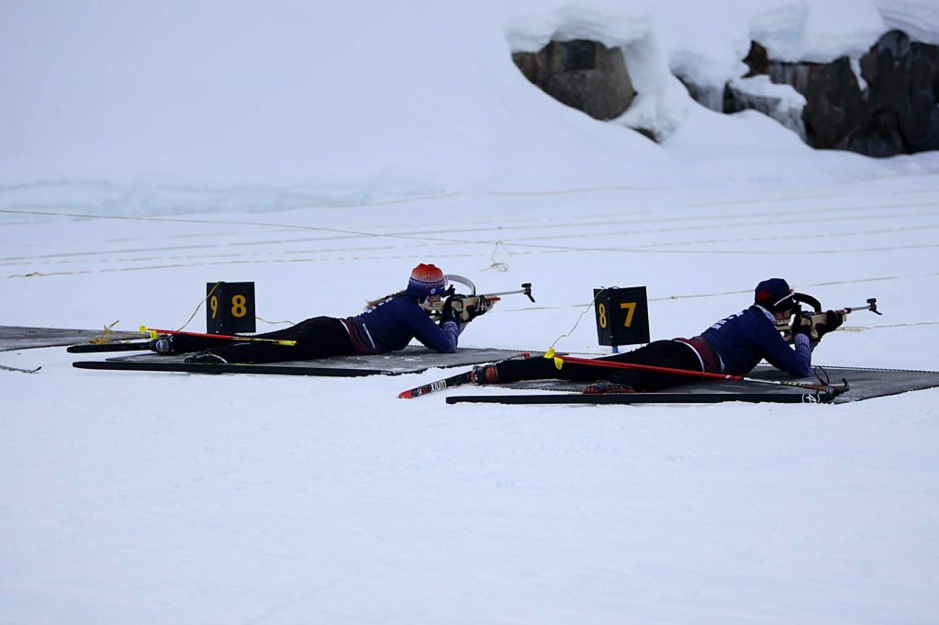 Several other biathletes from Auburn Ski Club will also head to Austria to compete in the games, which run from Jan. 14-17. The games are projected to attract more than 3,000 athletes from all over the globe to compete across 12 different sports. Athletes in masters competitions must be at least 30 years of age, making for an event where winning isn’t necessarily the most important aspect.

“Masters sports is all about just making friends,” said Wendt, who is the only Biathamom to have competed in a World Winter Masters Games, having participated in biathlon five years ago in Quebec, Canada.

Auburn Ski Club offers year-round biathlon training for youths up to masters. The club also hosts intro to biathlon clinics throughout the year. On Sunday, the club will host its first biathlon race of the season, the 10th Mountain Division Biathlon, which is named in honor of the ski and mountain troops of World War II. For more information, visit http://www.AuburnSkiClub.com.

Article first posted on 3 January 2020 on The Union by Justin Scacco. Justin Scacco is a reporter for the Sierra Sun, a sister publication of The Union. Contact him at jscacco@sierrasun.com or 530-550-2543.

How Masters are coping with Covid-19

Resistance training for Masters: How to stay fit at home during Coronavirus

What advice would you give to your younger self?