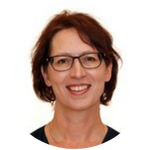 Finnish Sportswoman of the Year (1993 and 1994); Alumnus of the year 2004, University of Vaasa; Member of the Honorary Board, Helsinki World Championships Games (2005); Honorary Medal of the Finnish Sport Culture (2009)