“It was a thrilling experience,” Lilla Gidlow said while reflecting on her recent time in Innsbruck, Austria, racing in the 2020 Winter Worlds Masters Games (WWMG).

Since Gidlow was a little girl growing up in Wayzata, skiing was always included in her winter activities. As a current Minnetonka Beach resident, she has passed her love of skiing and all winter sports to her children.

“My dad always had us skiing, sailing and everything like that. I’ve been skiing since I was really little, but they didn’t have any racing around here. We’d just free ski around here with the rope tows,” she said.

In 1958, Gidlow moved east to attend college and was part of starting a ski team in order to participate in the races in the area. Upon returning to Minnesota, Gidlow’s focus turned to the start of her family and she did not race for about 20 years.

“I picked up the racing again because I love it and never really got it out of my system,” Gidlow said.

Racing then became a regular part of her life. Gidlow participated in a couple of the Nastar nationals for a few years and has been racing in master races since the early 90’s. The races still were not available in Minnesota, so she went west to places like Colorado in order to race and train.

Gidlow spent years racing in various states and a few other locations around the world. She was also a recipient of the coveted Globe, which is awarded to Alpine skiers who have raced in eight international races in one year and have qualifying scores. 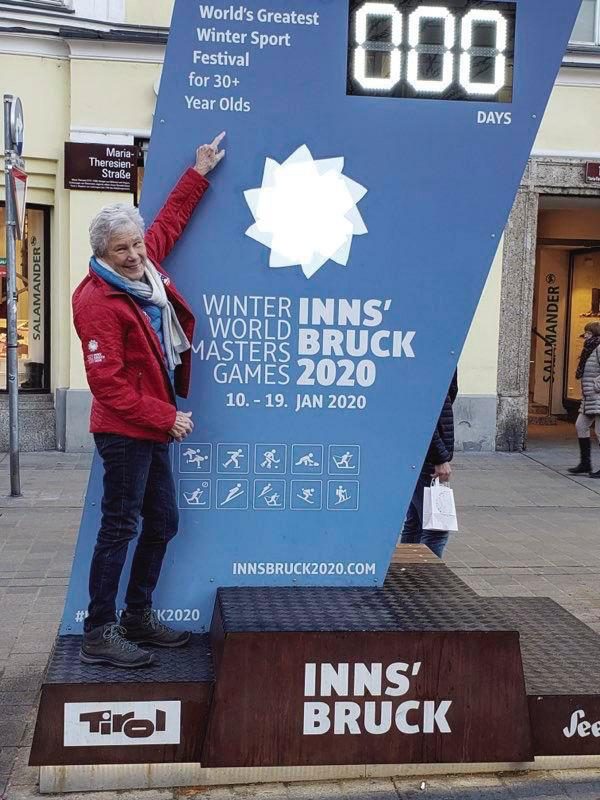 Similarities between the WWMG and the Olympics

Now at 79-years-old, Gidlow traveled to Austria for the first time to compete in the games. Gidlow was the only American woman in the Alpine ski race and she was also the oldest to race in her age group. According to Gidlow, there were about 130 women and 800 men ski racing. The entire WWMG had about 3,000 athletes who competed in various winter games.

There are similarities between the WWMG and the Olympics, Gidlow said. While all the events are done at a much smaller scale, there is a parade all the athletes participate in, much like an opening ceremony, as well as a closing ceremony.

“There were people all along the side clapping and I’m thinking, ‘Oh my God they’re clapping for me,’” Gidlow said with a sense of amazement and gratitude. “You see kids and people taking pictures like they do in the Olympics and it was so thrilling and really fun.”

While there was not enough time to explore the entire city of Innsbruck, Gidlow had the opportunity to chat with fellow Alpine skiers who were all there for the same reasons she was. “The comradry was wonderful,” she adds.

Training and next steps

Training for speed event races is not always possible in Minnesota. Gidlow frequents Buck Hill for a good slalom race and travels to Colorado to train and participate in their local races. She also participates in the National Championships every year and will be participating in another international race in Canada this year.

“I do the best I can with the time I can get on a hill. Some of the races are training for the nationals because that’s the only thing I get. I have to work it out mentally as best I can and I do what I can. I don’t get a lot of training. I’m so far lucky being able to do what I can do,” Gidlow said.

Gidlow has skied with many different athletes of all talents and abilities, but said she loves that the sport can be enjoyed by anyone at any age. Her ability to ski is not affected by another’s ability and added anyone can enjoy a day on the slopes together, regardless of ability levels and she just really loves it.

“It’s the fresh air and exercise. It’s a goal I have that keeps me in shape. I’ve noticed lately if you’re feeling down and just don’t want to get out and do anything and you get out on the hill and all your worries go away. It’s so much fun free skiing in the woods and the mountains,” she said.

Gidlow’s goals are to keep training and to win another Globe next year; however she does not know where in the world she will be racing.

First published by By Kayla Curver at hometownsource.com.

Check out amazing images from the 2020 Innsbruck WWMG on Flickr & take a look are our up-coming events!