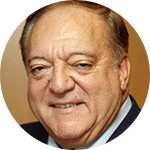 Department of Sports (1965-1968) then Deputy State Secretary (1983-1989) of the Ministry of Sports and Physical Education (Hungary); appointed professor of the University of Physical Education of Budapest; lecturing and visiting professor at the Faculty of Diplomatics and International Relations of the Budapest Corvinus University of Economic Sciences