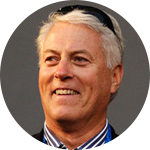 Kai was a swimmer and water polo player on national level in the late 50s and early 60s and has played in the Danish premier league in football (soccer), ice hockey and handball.

He was heavily involved, on behalf of the Danish Olympic Committee, in the purchase of the IMGA from the initial owners, and also in inspiring and running the subsequent Games in Denmark (1989). Thereafter, he masterminded the transfer of the rights from the NOC Denmark to the International Federations at the GAISF Congress in Seoul, Korea.