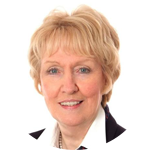 Caithness has been involved with the sport of curling since the 1980s. As a member of Scotland’s Royal Caledonian Curling Club (RCCC), she moved on from playing to putting something back into the sport in the late 1990s. After being president of the RCCC Ladies branch from 1997 to 1998, she went on to represent the RCCC at international level with the World Curling Federation.

Since 2000 Caithness has been the driving force behind the WCF’s development of wheelchair curling. She was part of the team that created the first World Wheelchair Championships and was responsible for securing wheelchair curling’s inclusion into the Paralympic Winter Games programme in Turin in 2006.

From 2005 to 2009 Caithness was elected on to the International Paralympic Committee’s five person Sports Council Management Committee and from 2006 -2009 she served on the Paralympic Games Committee.

She was elected Vice-President of the WCF in 2006 and served for two two-year terms under former President Les Harrison.

In March 2011, Caithness was appointed to the Olympic Programme Commission which is responsible for reviewing and analysing the programme of sports, disciplines and events, as well as the number of athletes in each sport, for the Summer and Winter Olympics.

In April 2012, Caithness was re-elected, unopposed, to the position of WCF President for a further two-year term.

Married with two sons, Caithness became a grandmother in 2008. Her free time is spent with family and when she has a chance, curling and playing golf at her home club in Edzell, Angus, where she was the Lady Captain from 2002 to 2004.

Caithness was bestowed the honour of an OBE (Officer of the Most Excellent Order of the British Empire) by Queen Elizabeth II in 2013 for services to curling and international disability sport.