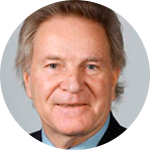 Independent Lawyer at the Neuchâtel Bar (Switzerland); President of the Bar in the Canton of Neuchâtel (Switzerland) (1990-1993); Judge at the Court of Arbitration for Sport (CAS); Legal Consultant; Director of the International Center for Sports Studies (CIES); Professor then Professor Emeritus at the University of Neuchâtel