CLEVELAND – Greater Cleveland Sports Commission announced the 2024 Pan-American Masters Games (PAMG) will be held in Cleveland during the Summer of 2024.

This multisport event is expected to be the largest international gathering in Northeast Ohio’s history bringing over 7,500 athletes from more than 50 countries along with thousands of spectators, family and friends.

Click here to see the announcement made during 21st Greater Cleveland Sports Awards.

Held every four years in the Americas, PAMG is an Olympic-like sports festival for athletes over 30 years old. It features nearly 20 medal-contending sports including track and field, tennis, basketball, pickle-ball and cycling.

“The sports commission has spent six years tenaciously pursuing this incredible opportunity for our community, and now the preparation begins; this will take a community-wide effort to make it the best Masters Games ever. All eyes will be on The Land, as our city is elevated to an international stage continuing to change perceptions and showcase the pride we all have in Cleveland.” PAMG is estimated to provide nearly $18 million in direct spending into the local economy. 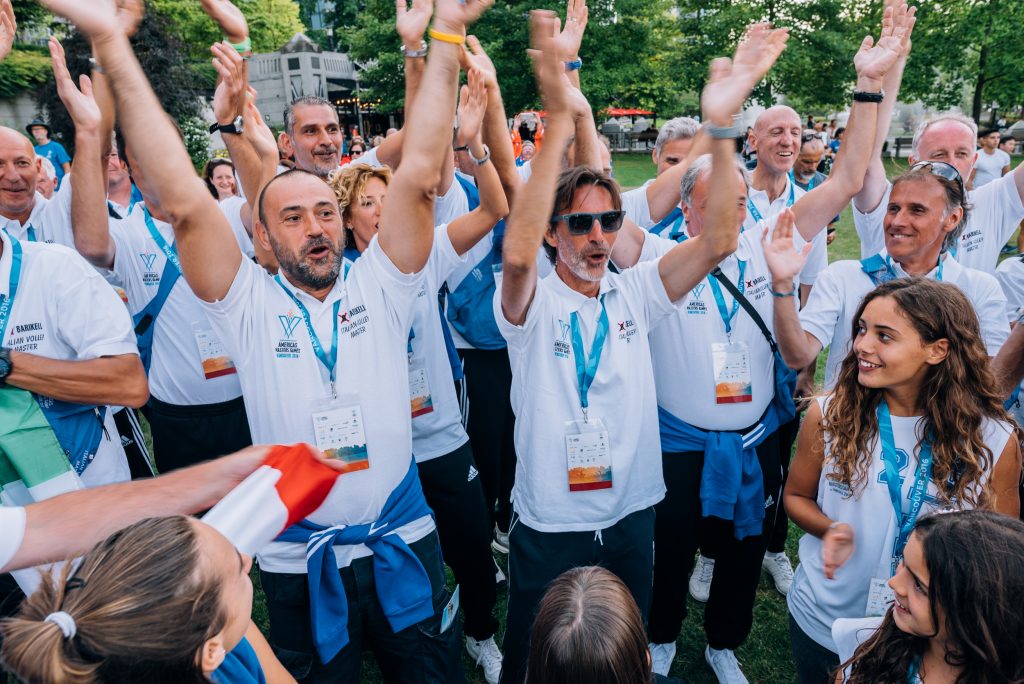 WMG’s value sport and friendship, and promote active lifestyles, no matter an athlete’s age. A Masters athlete is designated as anyone 30 years or older, depending on the sport or competition. Competitors have been known to be over 100 years of age.

“Given Cleveland’s reputation for staging both professional and recreational sports events, I am delighted for the Masters games to be hosted here” said Jens V. Holm, CEO of IMGA. “The Masters athletes will no doubt get a first-class sporting event along with a fantastic tourism experience while exploring the beautiful region near Lake Erie.”

IMGA is a non-profit organization recognized by the International Olympic Committee.  Founded in 1995 to support the Olympic movement and emphasize a ‘sport for all’ philosophy, each sport included in a Games is associated with an international federation. These international federations, such as FIFA, World Rowing and FIBA, help manage each competition by appointing a technical delegate who will ensure the sport rules and regulations are followed.

To learn more about Greater Cleveland Sports Commission or to keep up-to-date on new developments and activities follow us on Twitter,Facebook or Instagram.

APMG 2023 Tourist attraction: Imsil Cheese Park is as glorious as you would expect