Key tips on masters training from Olympic athletes and coaches

Most masters cyclists are focused on success in all aspects of life: their relationships, their kids, career, and of course their cycling goals. This ‘life balance’ requires an ever-changing plan and often delicate tip-toeing. There are factors working against older athletes, especially age. Father time…constantly decreasing our power output since well before power meters were invented. Recovery is an issue, too; masters cyclists don’t bounce back like they did in their twenties and thirties. And last but not least, master cyclists simply don’t have all day train. For some carving out 45-60 minutes to train is a victory.

And below this list, I share detailed tips from successful masters cyclists I respect, from former Olympians to former Olympic coaches. Oh, and a tip from me, too! 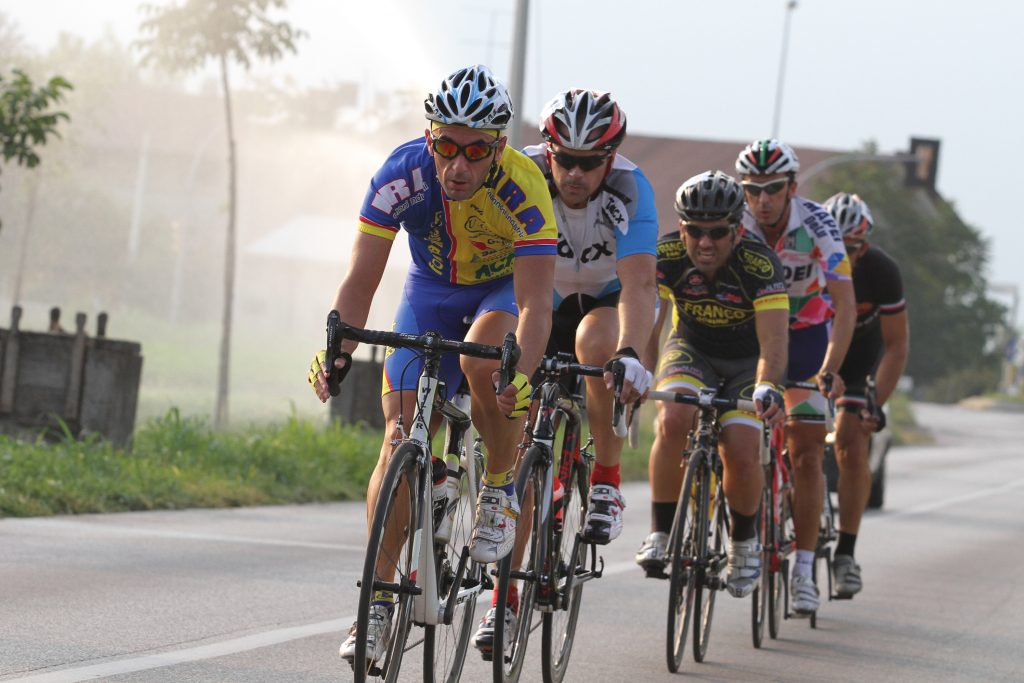 To double-check what I’ve noticed, I reached out to other successful masters cyclists and pro coaches who have won national championships to ask them about their #1 successful habit. They had phenomenal advice that you can start using right away! 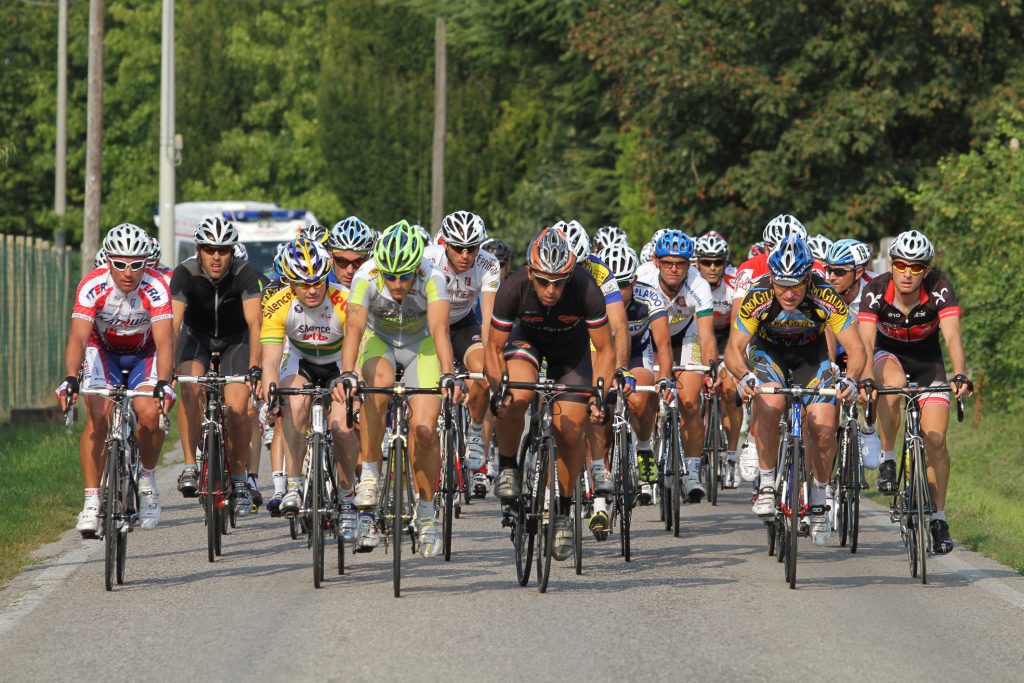 The most successful masters athletes I have worked with are grounded in reality and are process-oriented rather than fixated on an outcome. The healthiest and most successful masters athletes I’ve worked with are invested in the daily ritual of being healthy athletes. They acknowledge the stress and strain of the “real world” and apply that acknowledgement to their daily performance expectations. They understand that they don’t have control over lots of factors that could influence their results. This is especially true for those that compete in mass start events. However, they prioritize showing up to the start in the best condition possible, given the variables that life throws at them, and with that criteria, arrive at the event, having already won.

Benjamin Sharp guided the U.S. endurance track team to Olympic medals in London in 2012. Benjamin coaches athletes of all levels, works as the power education specialist at Stages Cycling, and recently won a gold medal at the world masters track championships.

Successful masters athletes go to bed early. This is another way of saying “they get enough sleep,” but that starts with identifying when you have to get up (what masters rider doesn’t have a plethora of responsibilities?) and counting back to be in bed in time to get the amount of sleep needed. By the time you’re a master, you should know how much sleep you need every night to perform optimally, and benefit from the training stress generated. Whether that’s seven, eight, nine hours, or even more, getting that amount of sleep starts with going to bed early enough to get it. There are other details that impact sleep hygiene (blackout the room or use a sleep mask; earplugs; no screen time, alcohol or caffeine after a certain time; etc.), but the most basic step you can take is just get to bed early.

John Verheul is the owner of JBV Coaching, which has guided multiple masters athletes to national and even world championships. John is a former masters national champion and 40k time trial record holder.

Phil Gaimon: They focus on the big picture and don’t obsess over the small stuff

You see riders fretting over little details, like counting calories, hitting certain power goals in each workout, or having just the right equipment. Often this comes at the cost of their sanity, work, relationships, or even their actual training. Prioritize different aspects of your fitness goals and life goals. Know when to be a hard athlete and stick it out and do that workout in bad weather, but also know when it’s snowing and it’s dangerous that might be best to take a rest day and make up your workout later.

The restricted and repetitive motion of cycling does not support long-term, healthy body function. Cycling must be offset with strength work, functional training, balance work, stretching, cross-training, and mobility. Common issues for masters cyclists are postural problems (including shoulders that are rounded forward, a collapsed chest, rounded spine, forward head posture), chronic tightness in hips, shoulders, and neck, poor function of posterior chain muscles (glutes, hamstrings, lumbar musculature), pronation and “medial collapse” of the lower body under load, and ridiculously weak feet and ankles, to name a few. Step one is figuring out your specific list of challenges that need to be addressed. Step two is putting together a program that addresses this list. Step three is attending to that list every day.

Colby Pearce is a 2004 Olympian, an hour record holder, coach to many national champions and WorldTour professionals, bike fitter, and self-biohacker in his ongoing quest for effortless speed.

Adam Myerson: They do intervals

They focus on the interval work, and not the duration of training. Rides should almost always be only as long as they need to in order to get the work done. Additionally, they know when to say when: pull up before you’re done. If I did three intervals as a pro, I only do two as a master. Never leave it all out there on the road during training. Ride home feeling good, save some of that energy for family or parenting or work or the next day’s training, and focus on staying on the completable side of your workload.

Frank Overton: They win in the kitchen

If cookies come home, cookies go in your mouth. Masters cyclists ‘win in the kitchen’ by being smart about their grocery shopping. What comes home from the store usually goes in your mouth so the first step to eating healthy for optimal performance and recovery is bringing home healthy foods.  Masters cyclists plan out their nutrition with healthy recipes that generate healthy grocery shopping lists. They cook their meals, have a killer set of Tupperware, and store the leftovers to eat again in a time-efficient manner. The entire act of cooking a nutritious meal to fuel training is one habit I have noticed in successful masters cyclists.

Final thoughts: Keep it in perspective

When coaches emphasize the fundamentals we don’t mean to imply that you should ignore the small stuff. Successful cyclists are also extremely detailed-oriented! However, they don’t lose focus on the basics by obsessing the details. Yes, you should still wear a skinsuit, still choose the fastest lube and chain, et cetera, but don’t let those details come at the expense of the basics: do the right training, go hard, don’t do too much, eat and recover well. Finally, have fun. 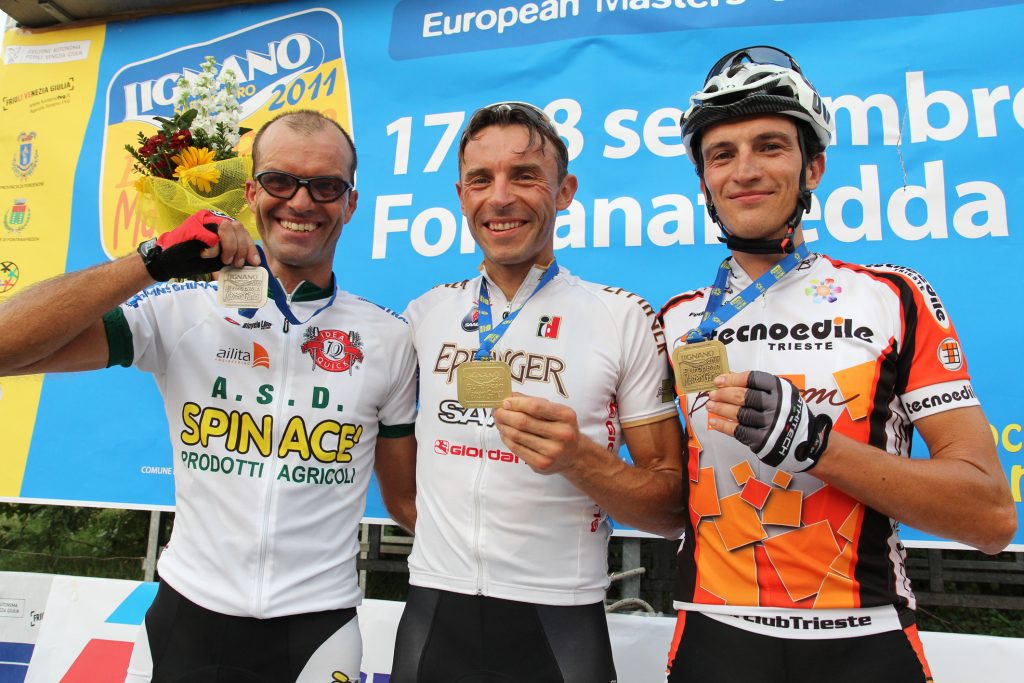 Discover our next Cycling competition in May 2022 at the Kansai World Masters Games 2021
Author: Frank Overton. Article first published in Velonews on 5 November 2020