We are frazzled working moms, exhausted caregivers, overwhelmed and alone. We need team sports – and we thrive when participating.

Physically, emotionally and socially, COVID-19 has restricted us. We are frazzled working moms, exhausted caregivers, overwhelmed and alone. It is easy to find the negatives. However, there has been one positive to this “new normal”: more attention is now being focused on the benefits of team sports.

Easy to learn, socially spaced, physically and mentally stimulating, soccer is the perfect game for older women during COVID. If you can run and kick a ball, you can play. Soccer can be played anywhere at any time by anyone. 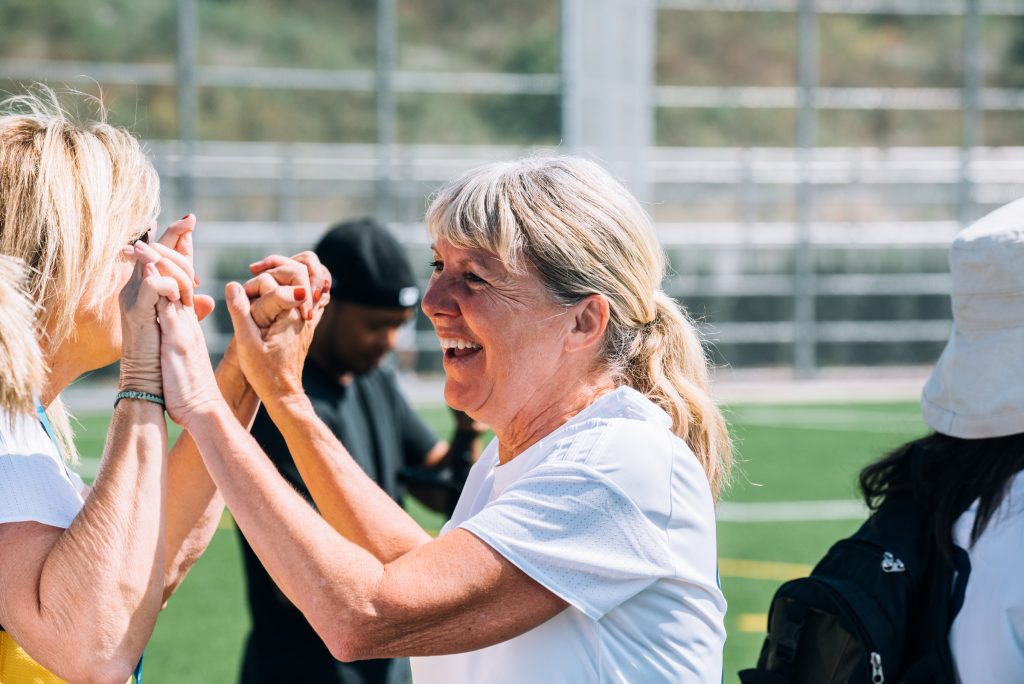 I play soccer with women ranging from 30 to 65 years in age. We are statisticians, high school teachers, government workers, lab technicians and doctors. Some of us are retired. Many of us are mothers or grandmothers who started years after watching our children play soccer.

Soccer is also adaptable. I play “walking soccer” with a group of women recovering from knee injuries. It is different, but no less satisfying. Morning or evening, weekday or weekend, we will take any opportunity to play. Socially, soccer brings us together. It lets us concentrate on the moment and forget about everything else. Women spend a lot of time taking care of others, but when we are playing soccer, we are taking care of ourselves. 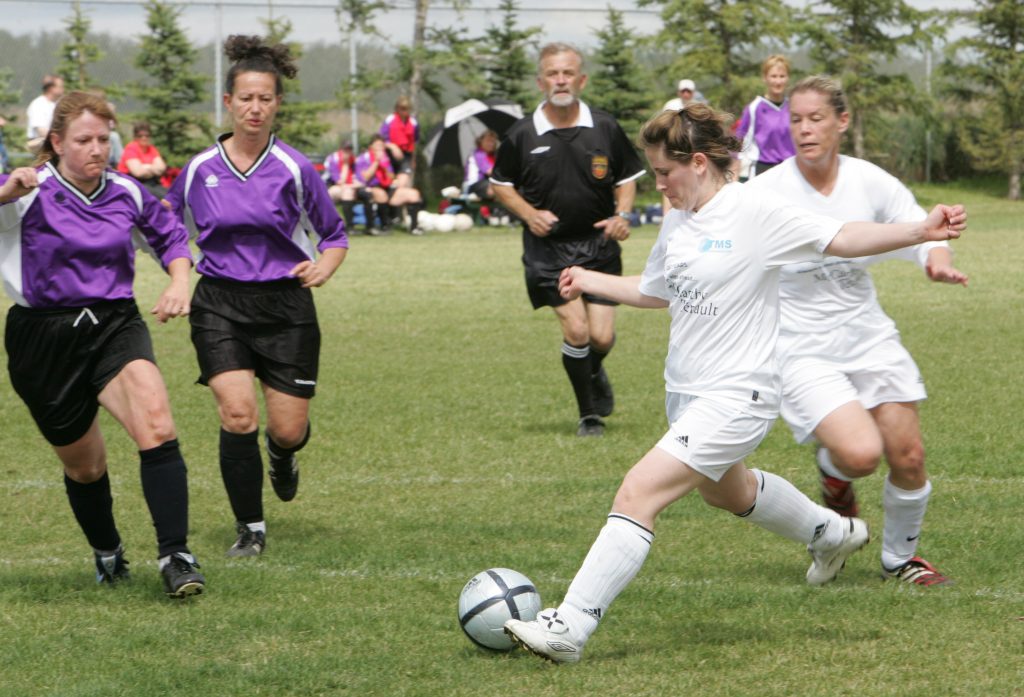 Irrespective of age, there are numerous physical benefits to soccer. Of course, there is improved cardiovascular fitness. More importantly, however, especially for those concerned about osteoporosis, research has shown that after only four months of soccer training, sedentary middle-aged women show increased leg bone density.

More than a sport, soccer also is a safe space for women. Pulling off shin pads, sitting and stretching along the edge of the field, you will hear almost any topic discussed amongst teammates.

According to research on the motivations of netball players (a game predominantly played by women and girls in the United Kingdom), the initial physical health motive of weight loss was replaced by social motives and feelings of competence. I have spoken with several older women who live alone and have told me that playing soccer is their main social outlet. One lady recently told me about how lonely she felt during those early COVID-19 months without soccer. 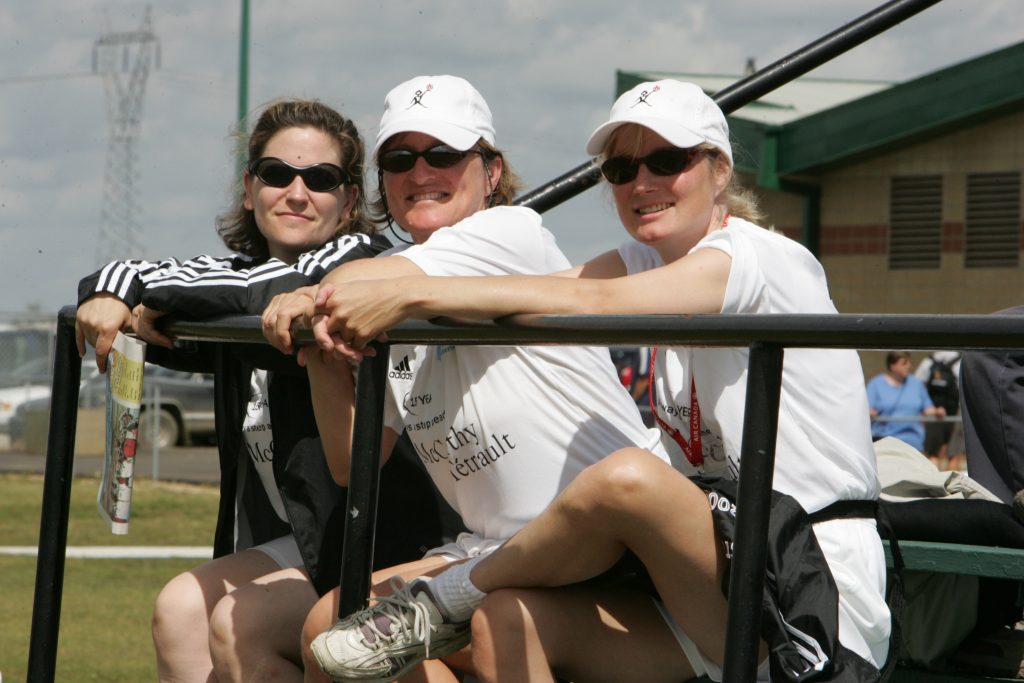 I will be honest; being an adult was an obstacle to starting soccer. Girls playing organized team sports was not how I was raised. When I was growing up, academics were encouraged, but sports were seen as a waste of time and money. In fact, soccer for women was not even an option. The Canadian Soccer Association designed the first women’s soccer program as I was graduating from high school in 1987.

So how did I start? Over a decade ago, I joined a “mom’s soccer” course organized by a woman who had spent years watching her daughters play. We were both hooked. It was through soccer that we met and became friends. Now she is retired from work, but still organizing teams and participating in soccer tournaments all over the world.

For some women, soccer has made travelling easier. I know several women who have travelled to Italy and New Zealand playing in the World Masters Games. The “Worlds” are held across the globe following the Olympics (delayed this pandemic year, however). They are open to competitors of all ages and skill levels. Some of these women had never felt safe travelling before but being part of a team gave them the courage to get on a plane for the first time. Fundraising by at least one senior Ottawa woman’s team for the Kansai Japan World Masters Games has already started. 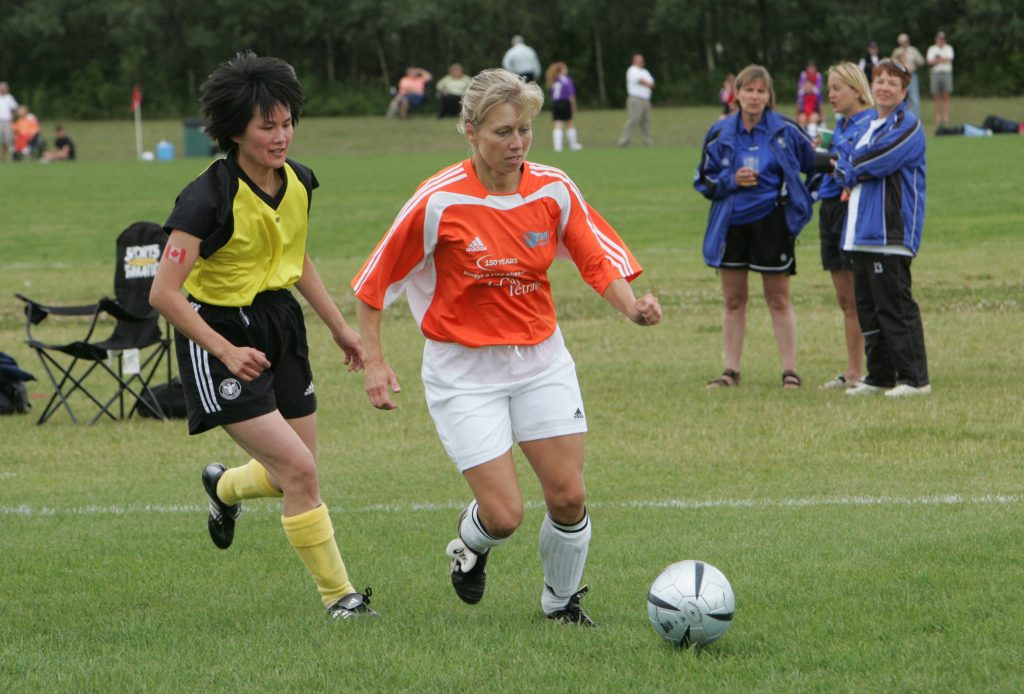 With tongue-in-cheek team names like the “Late Bloomers,” the “Missfits” and the “Regina Monologue,” it should be obvious that women soccer players have a sense of humour. We do not expect to become professional athletes. Sometimes women just want to have fun, and by kicking balls we still can.

Article first published in The Ottawa Citizen on 20 Nov 2020.

Inside the sport - Lifesaving at the World Masters Games Kansai

Key tips on masters training from Olympic athletes and coaches