Dan King of Colorado mastered his injury woes—and the results are incredible.

Dan King never knew he was a miler, but he found a silver lining during the coronavirus pandemic. With most races cancelled, he focused his attention on the event, and now he has an age-group world record to show for it.

Behind two pacers—Jackson Neff and John Minen, who earlier in the meet had run the open mile—King clicked off 72-second laps, going hard from the gun.

“I felt fantastic at that pace,” he told Runner’s World. “I’d lose to all sorts of people if it was a slower race with a kick. But if I go all out at a pace I can sustain for one mile, and run evenly, I’m fast at that distance.” 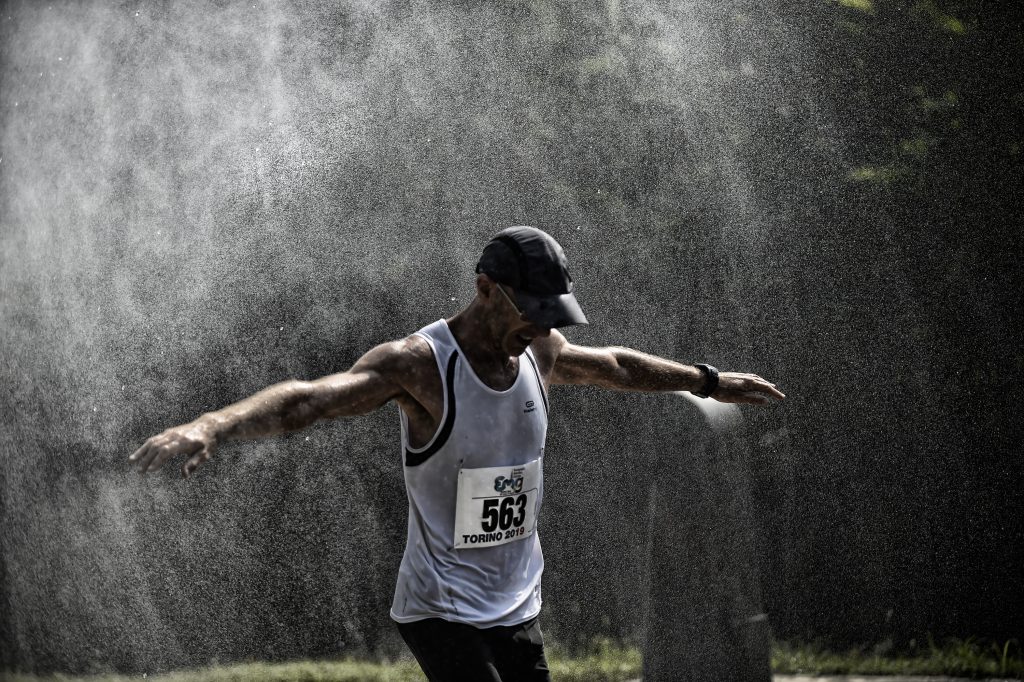 The key for King, as it is for many masters athletes, was figuring out how to keep injuries at bay. He suffered with plantar fasciitis from age 40 until he had a Tenex procedure when he was 58. Once his plantar felt better, everything else started to hurt—especially his calves and hamstrings.

For the better part of two decades, King could rarely string together more than two months of high-level training. He had flashes of brilliance—he won his age group at World Masters Athletics cross country in 2011 and the U.S. Club Cross Country Championships in 2015—but only recently has he found a training regimen that keeps him consistently healthy.

King, who retired in 2017 after selling a video and phone conferencing company he founded with his brother, doesn’t have to fit his training around a typical workweek. So he runs on an eight-day schedule, every other day, with vigorous cross-training on the in-between days. Every fourth day is a hard run. So it’s cross-train/easy run/cross train/hard run. Repeat.

For cross-training, King relies on a rotation of elliptical, road bike, or deep-water running, depending on what the weather is doing in Boulder. Days off are not part of his regular routine.

“I just love being fit,” he said. “It just makes me feel so good psychologically to have trained.”

On hard days, he’ll do either a strength/endurance workout or shorter, faster intervals. On the track, 300s at mile pace—54 seconds—are a staple. Between reps, he walks the first 50 meters and jogs the second before rolling into the start.

“I roll into everything I do fast,” he said. “I’m worried something will break.”

On easier runs, he goes between 5.5 and 7 miles, stopping after about 4 miles to do a set of 8- to 10-second all-out sprints on a soccer field or up a gentle hill. He feels the short sprints are good for his form and his core, forcing him to run on his midfoot. He fully recovers between each rep—he’s not trying to make an interval workout out of it.

The routine seems to have worked. His only remaining problem area is arthritis in his big toes, but training in Hoka’s Carbon X—with a carbon fiber plate—takes the pressure off. He supplements his aerobic training with strength-training exercises, including weighted squats and eccentric calf exercises for his lower legs. He also adopted a vegan diet when he turned 50. 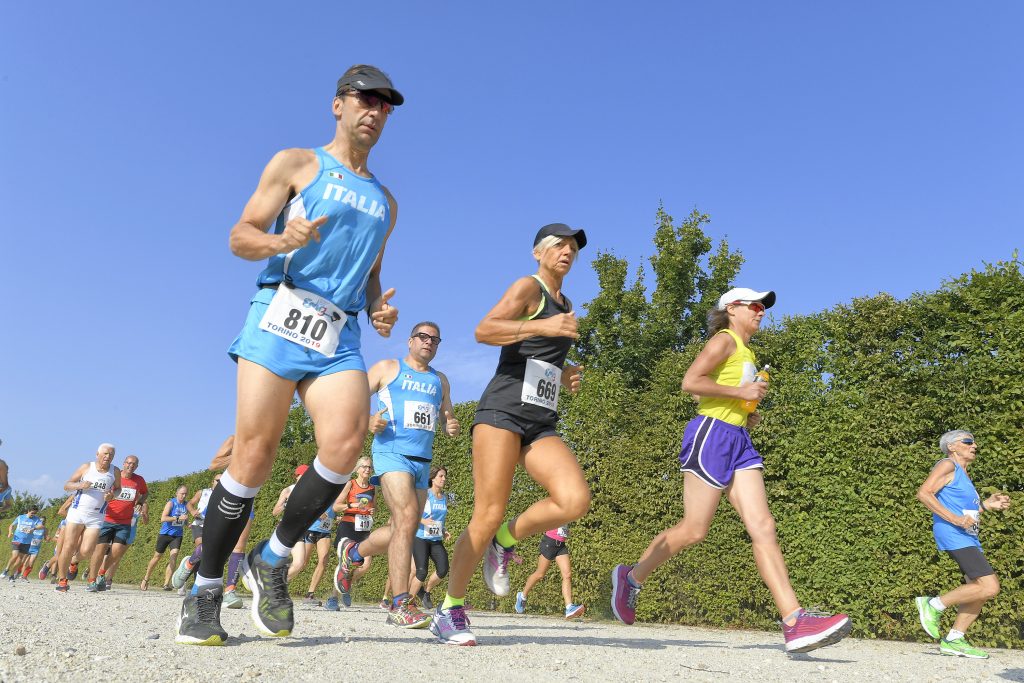 When all of King’s goal races started to be cancelled during the pandemic, he focused on a series of mile time trials. In March, on a local track, he ran 5:10 (at altitude). A few weeks later, he lowered that to 5:03. On August 14, he ran in Nashville at the Music City Distance Carnival. In 89-degree heat on a windy day, he ran 4:57.27, and he felt he could take a lot more time off under more favorable conditions.

For TrackFest, King turned to eBay to find a pair of Nike’s latest spikes, the Dragonfly ZoomX, size 12. It’s the same version of spike Joshua Cheptegei ran for his recent 5,000-meter world record. The masters mile was the last event of the evening, when the sun had set over the Columbia International University track. All the competitors from earlier in the evening—including open mile winner, Ollie Hoare, who had run 3:53.35—stuck around to watch King.

Meet director Dave Milner worked the mic, keeping the roughly 100 spectators informed about the record attempt. When King broke the record, Milner had him take a victory lap.

When he got home to Boulder, his neighbors gathered outside, at a distance, for Champagne.

Dan’s advice to others

It’s a sweet victory for a man who had struggled so much with various aches and pains. Every calf pull, he said, was a minimum of three weeks off. He wants to save others from his frustration.

“My one piece of advice is expand your thinking about what it means to be a masters athlete as opposed to a masters runner,” he said. “You have to train really hard, but you don’t have to run a ton of miles each week. Don’t lose sight of your own capacity to run at a high level even if you’re not willing or interested in being a 60 mile per week runner.” 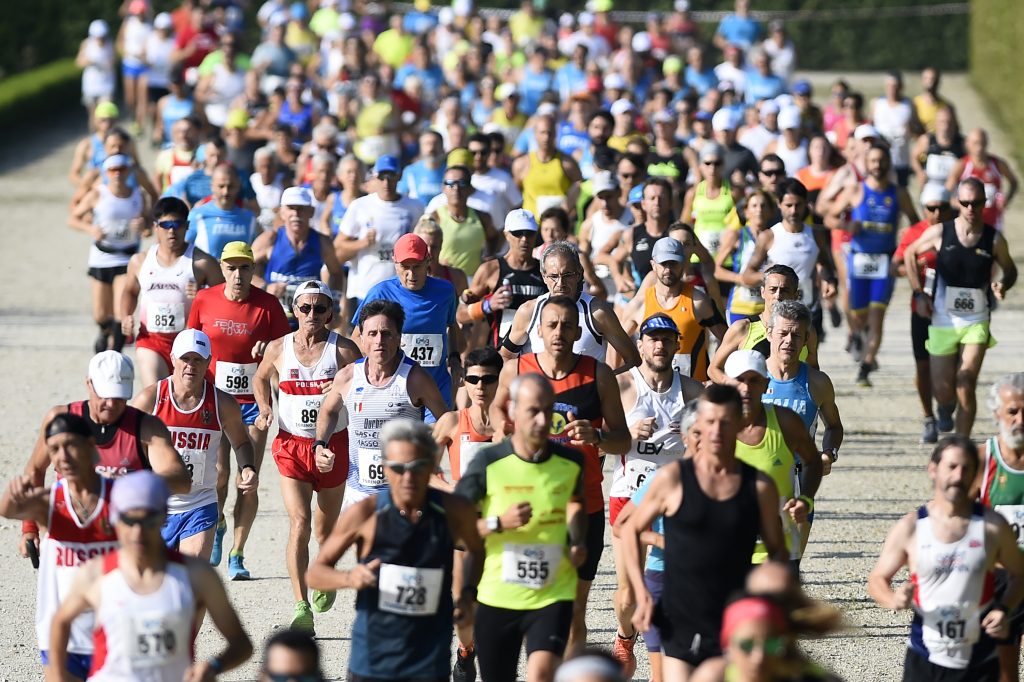 King has found three books hugely influential since he became a masters runner: The China Study about diet, Younger Next Year about aging, and Built to Last, about business culture.

To solve his calf and Achilles problems, King turned to the Alfredson protocol on YouTube.

King was a successful college runner at the University of Colorado-Boulder, with a 5,000-meter PR of 14:34. But he also studied engineering and had a work study job for 20 hours per week, which cut into his training time.

For years when he was young, he operated under the assumption that running talent was a fixed quantity within each person. “I thought you were really limited in terms of what you could accomplish by what I’ll call your ‘talent ceiling,’” he said. “I under-appreciated how much you can continue to develop as an endurance athlete through persistence, continuous application of insights, and understanding of the sport.”

Check out the running events on offer at our upcoming 2021 World Masters Games event in Kansai, Japan.