Heart of a champion

In her 60s, New York attorney Sharon Hernstadt was clearly facing growing health concerns, not the least of which was heart disease, triple bypass surgery and osteoporosis.

As part of her recovery from the surgery, Hernstadt found herself in cardiac rehabilitation working with Vadim Vilensky, an exercise physiologist. When Vilensky opened his own fitness studio in Scarsdale, Hernstadt followed and began working out several times a week. She noticed Vilensky and several other men working out with free weights and asked to join them. As she grew stronger, Hernstadt started lifting a barbell. Then she saw a newspaper story about an older woman who set a state record in bench press and showed it to Vilensky.

“He said, ‘You can do that,’” Hernstadt recalls her trainer saying. “It changed my life, because from then on, instead of going to just work out, I had a goal: to become strong enough to compete and be able to do the three lifts of powerlifting (squat, bench press and dead lift).”

Today, Hernstadt, an 80-year-old grandmother of six, is a five-time world and national champion who has set records at the state and national level. She is on USA’s national team scheduled to compete in Pilsen, Czech Republic in May, 2020, at the IPF World Masters Bench Press Championships.

Besides earning medals, Hernstadt says power lifting has improved her health. Doctors discontinued her osteoporosis medication after her bone density rose more than 10% from lifting weights. It was just one of many health benefits.

A case for ‘bulking up’

According to WebMD, strength training can help prevent bone loss and help build denser bones, especially in the spine and hips, areas affected most by osteoporosis in older women. Strong muscles also help men and women keep their balance and coordination, which is critical to preventing falls and fractures.

An Australian study found that muscles release hormone-like chemicals, called myokines, that reduce the inflammation thought to contribute to heart disease, Type 2 diabetes and Alzheimer’s and that the chemicals “possibly work as tumor suppressants.”

Dr. Arun Karlamangia, an associate professor at the Geffen School at the University of California, summarized his test results on the benefits of strength training this way: “The greater your muscle mass, the lower your risk of death.” 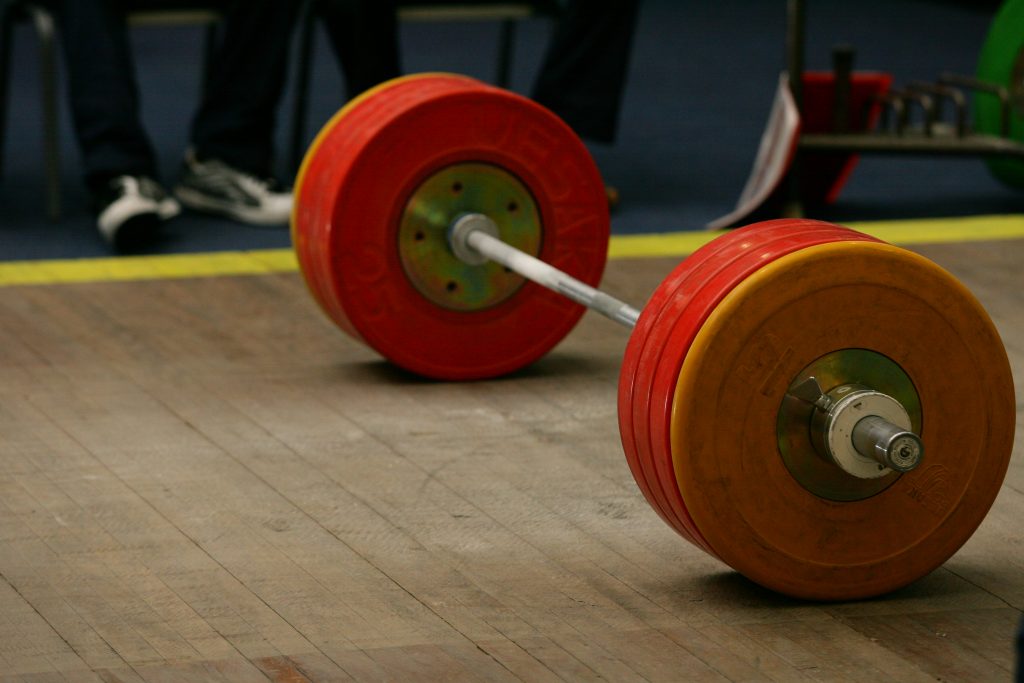 From patient to champion

At the 2019 USA Powerlifting Raw Nationals, Hernstadt was the clear crowd favorite. Over the rock music that blared, while competitors strained to lift heavy weights on five platforms, the audience cheered, “Sharon! Sharon!” as Hernstadt stepped up.

She also has a fan base in her family.

“One of my grandsons told his high school friends that his grandma lifted more weight than they did,” said the 4-foot, 10-inch Hernstadt, who has a personal best of bench pressing more than 110 pounds.

Vilensky, her trainer, said that Hernstadt serves as a role model in his gym. Vilensky believes that many of the ailments of older adults, and even the premature need to go to a nursing home, are often due to loss of muscle tone.

“You have to challenge your muscles to live a full life,” he said, and points to the fact that Hernstadt travels around the world without assistance.

“When she first came to the gym, she was a cardiac patient who was scared,” he said. “Now she is strong and powerful and inspiring others.”

Vilensky said when younger people complain in his gym, he tells them to stop whining and points to Hernstadt as a role model.

Athletics was not something Hernstadt embraced in her youth. Although she skied, she said she usually found an excuse to skip gym in high school.

Even her career as an attorney came later than for most. She earned her bachelor’s degree in comparative literature from Columbia University in 1969. It was after becoming an empty nester, many years later, that she took aptitude tests that showed she was well suited for a legal career. She graduated from New York Law School in 1980 and practiced general law for 24 years. Hernstadt also became a potter and master gardener.

Today, family and training three days a week are a big focus in her life, along with encouraging others to take up strength training.

“I tell others that it’s never too late. I tell them, ‘You can do it,’” Hernstadt said. “There aren’t many things you can do that would benefit you more. And, of course, that applies in spades to seniors.”

Learn more about weightlifting at the Masters Games.

What Coaches Should Do After a Long Layoff From Workouts